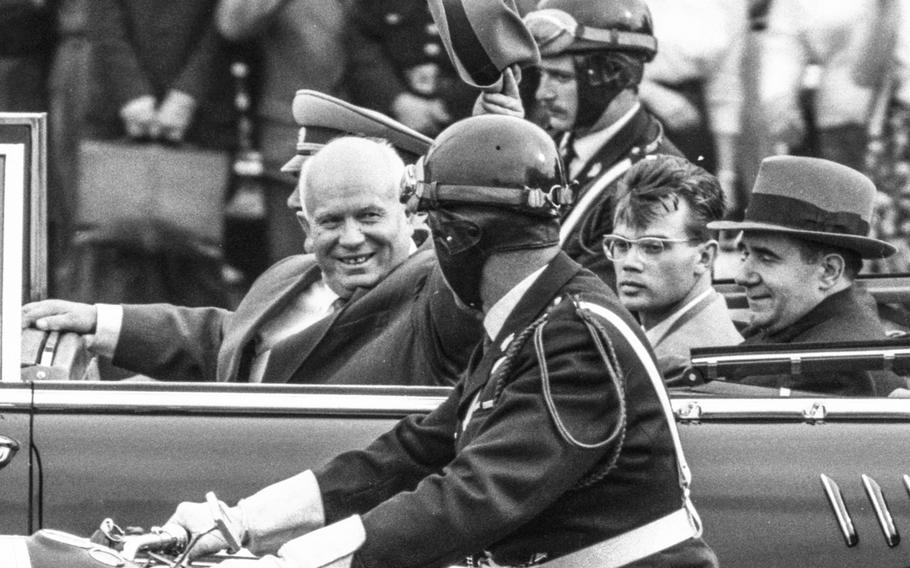 Paris, May 1960: Under the watchful eye of his motorcycle escort, Soviet leader Nikita Khrushchev rides through the streets of Paris, where he had just arrived for a summit meeting with President Dwight D. Eisenhower and other world leaders. At far right in the back seat is Foreign Minister Andrei Gromyko. The summit collapsed before it even got started, as Khrushchev demanded an apology from Eisenhower for the incident in which Francis Gary Powers and his American U-2 spy plane were shot down in the Soviet Union.