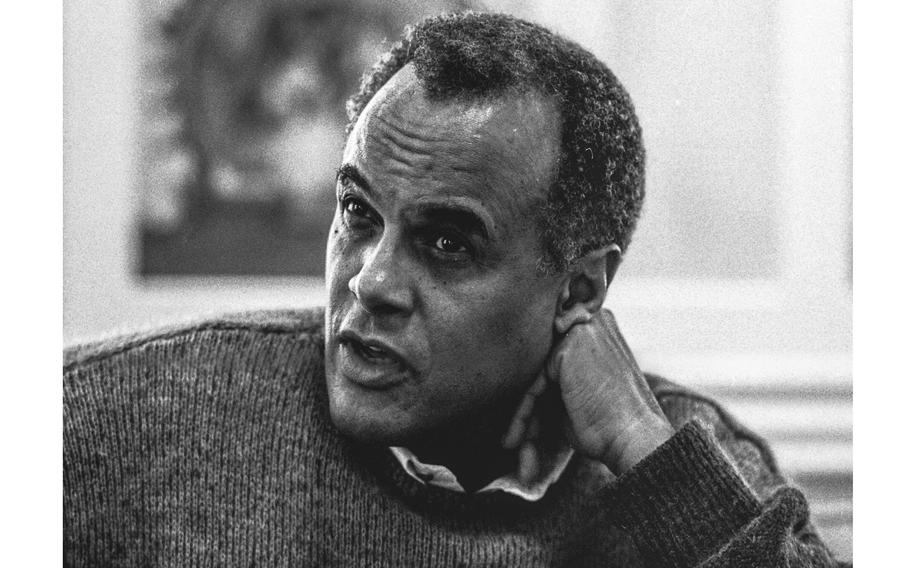 Frankfurt, Germany, September 1988: Musician and activist Harry Belafonte is interviewed at the Hotel Frankfurter Hof during an extensive tour of Europe in which he performed in over 20 cities. Belafonte’s tour was in support of Paradise in Gazankulu, his first album in 15 years, which spotlighted South African music and musicians.