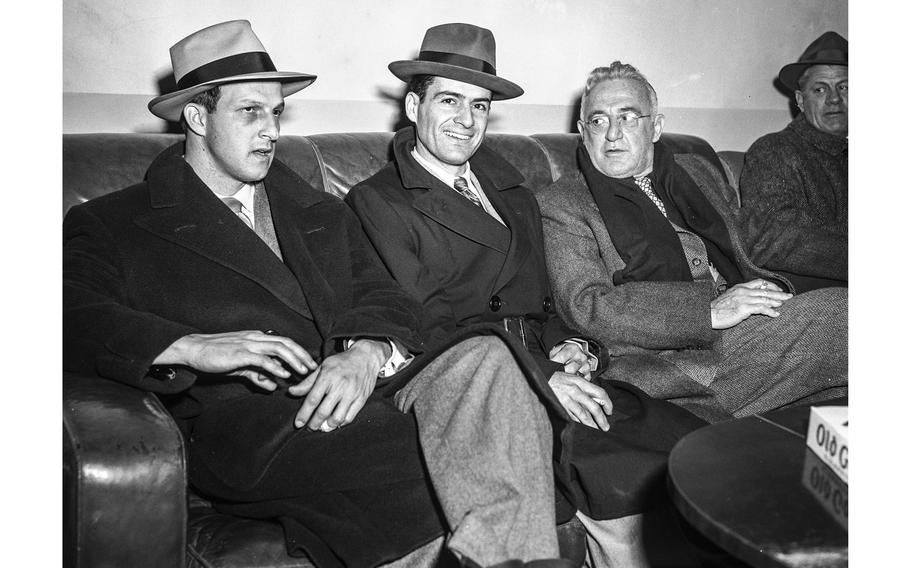 Frankfurt, West Germany, February 1951: Four of the baseball notables who will be taking part in the week-long EUCOM Baseball and Softball Coaches and Officials clinic relax at Rhein-Main airport after a 27-hour flight from the States. From left to right are players Stan Musial of the St. Louis Cardinals and Jerry Coleman of the New York Yankees; former Giants and Cardinals great Frankie Frisch; and longtime Chicago Cubs manager Charlie Grimm. Coileman was a Marine Corps aviator in World War II and Korea; Musial served in the Navy during World War II.