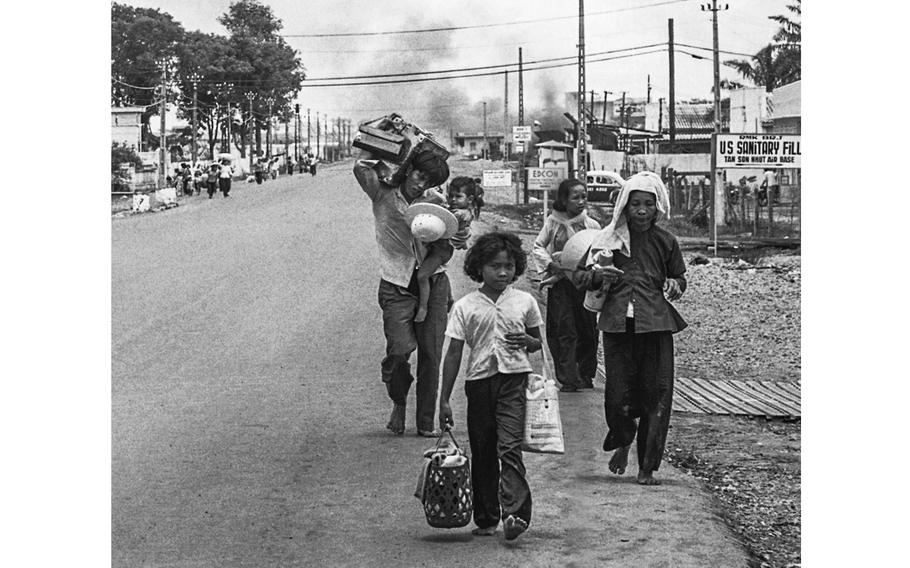 South Vietnam, May 1968: Refugees flee gunfire and burning buildings near Tan Son Nhut air base on the outskirts of Saigon. South Vietnamese authorities said at noon on May 9 that about 46,000 people had taken refuge in central Saigon since the beginning of a Viet Cong offensive five days earlier; they estimated that another 14,000 would arrive by nightfall.