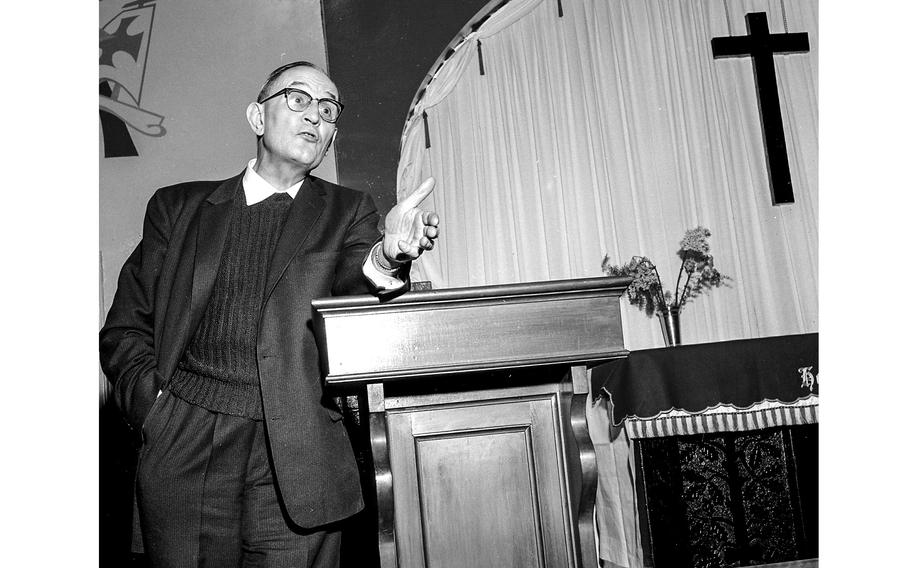 Frankfurt, Germany, January 1957: Bishop Martin Niemoeller (1892-1984) speaks to 200 members of the 3rd Armored Division at the Edwards Casern chapel. As head of the Pastors’ Emergency League in Germany in the 1930s, Niemoeller — a World War I U-boat officer who initially supported the Nazis because they opposed communism — so angered Hitler with his sermons against government attempts to control the churches that he was sent to concentration camps for eight years. In a face-to-face confrontation, he told Hitler, “We pastors have a responsibility for the German people laid on us by God. Neither you nor anyone else can take that away from us.”