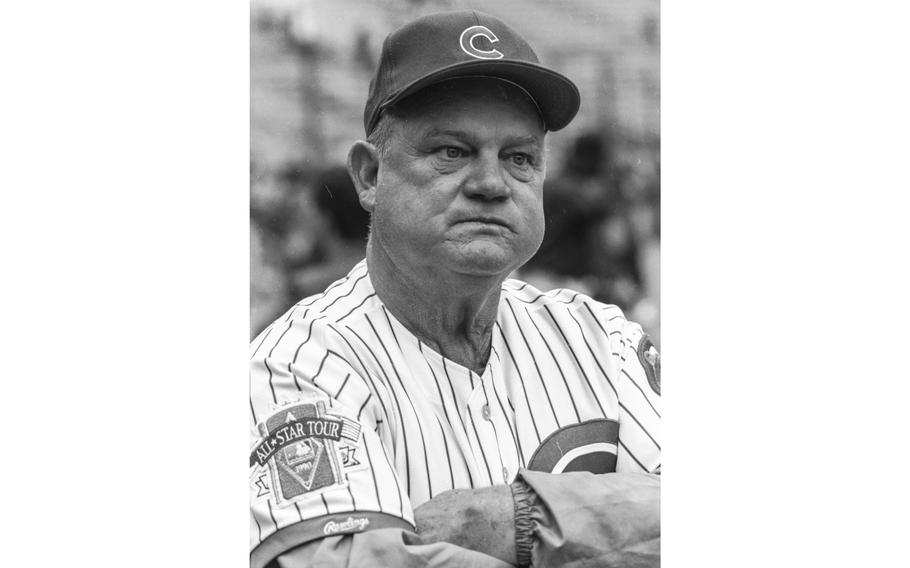 Tokyo, November 1990: Chicago Cubs manager Don Zimmer watches batting practice at the start of an eight-game Super Major Series against the Japanese all-stars. The Americans got off to a slow start in the series, collecting only two hits and losing, 4-1. They bounced back with three wins and a tie the rest of the way.