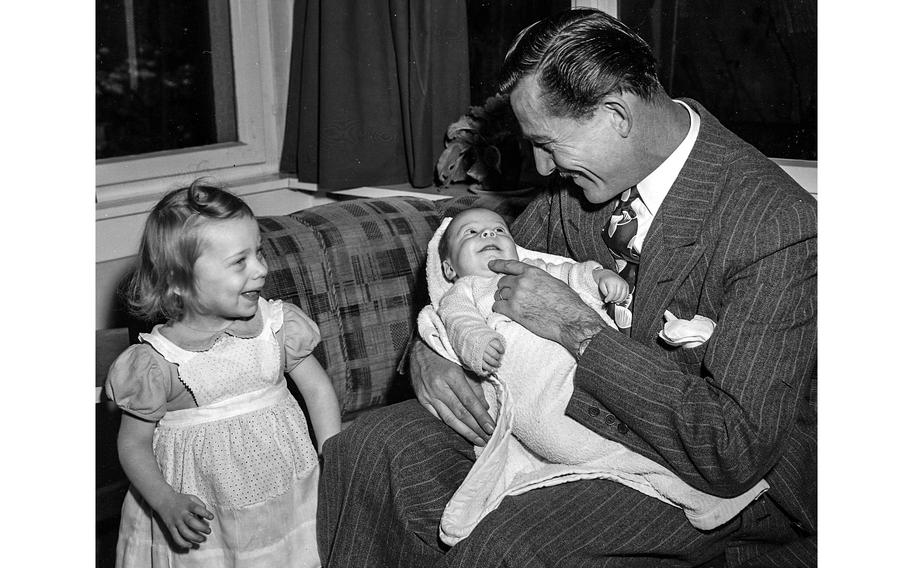 Germany, 1948: Jack Browne, who worked for Stars and Stripes in several capacities in both the Pacific and European theaters over the years, holds his son, Clyde Jackson Browne. The baby’s big sister, Roberta, seems equally pleased with the new arrival. Jackson Browne grew up to become one of the most successful American singer-songwriters from the late 1960s into the new millennium.