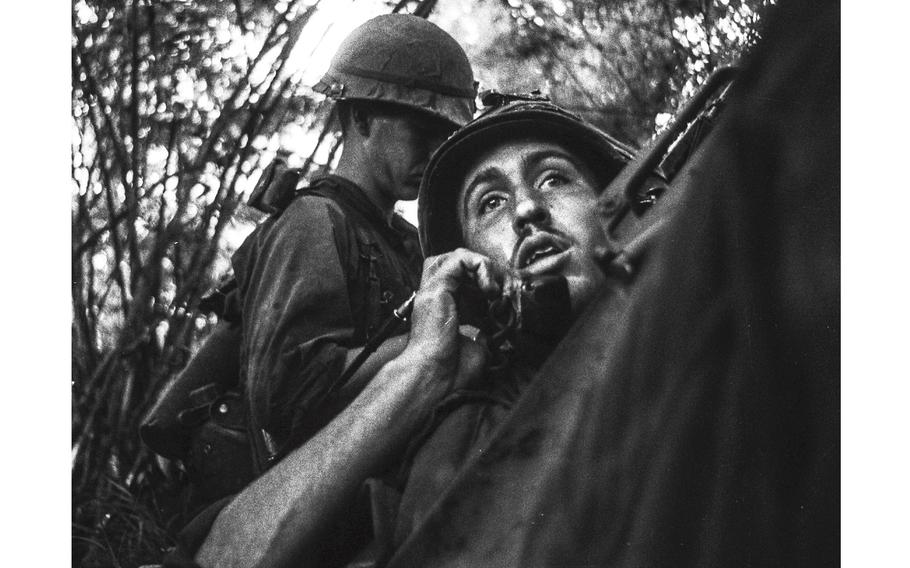 Near Pleiku, South Vietnam, July 1966: A radioman for a 25th Infantry Division squad under Viet Cong fire calls for help from another unit. Stripes photographer Gary Cooper recalled that “things were touch and go for minutes and I thought it best to shoot an M-16 rather than my Nikomat (camera).” It was “all one terrible nightmare,” he continued, “sounding like a million rounds all going off at once. You can’t distinguish the sound of one bullet or even a burst of a machine gun.”