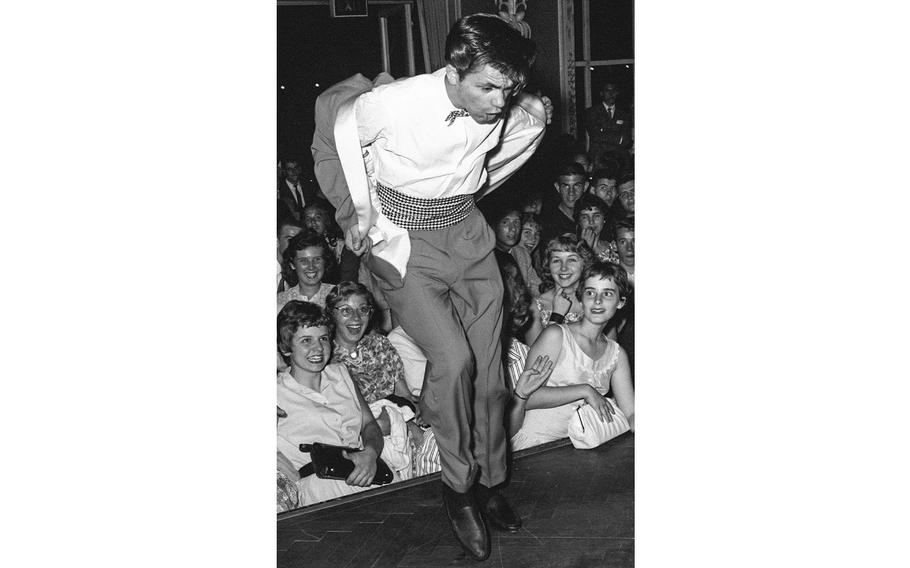 Frankfurt, Germany, August 28, 1959: Airman 2nd Class Gus Backus, an electrocardiograph technician at the U.S. Air Force hospital in Wiesbaden, sheds his jacket as he sings at the Rock ’n’ Roll-o-Rama at the Frankfurt Casino. It was the final Bad Nauheim-Friedberg American Youth Activities show of the summer vacation, and drew a crowd of 600. Backus was a member of the Del-Vikings, a group of airmen who had a million-selling hit, “Come Go with Me,” earlier in the 1950s. After leaving the Air Force, he had great success as a performer in Europe, eventually recording mostly in German. Read more here.