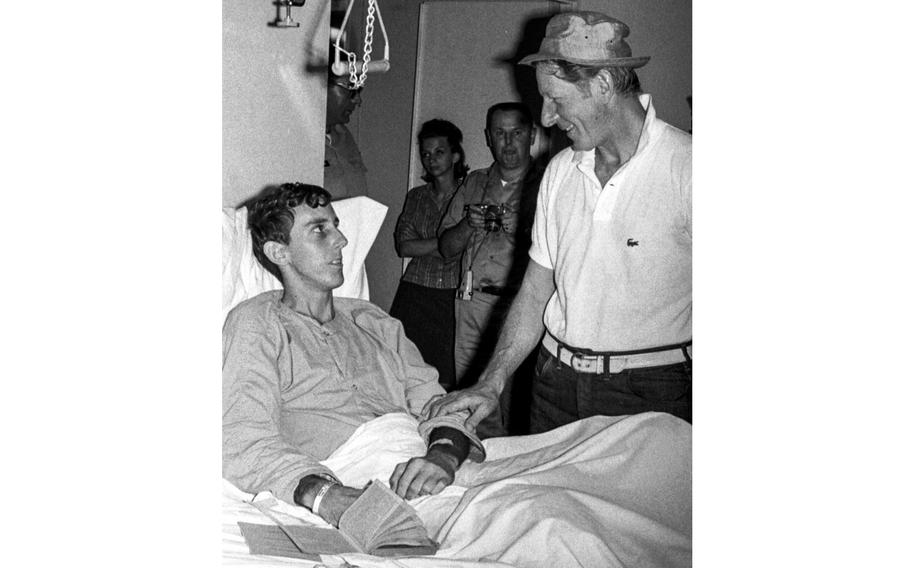 Johnson Air Base, Japan, Aug. 11, 1967: Danny Kaye talks with a patient at the Johnson Air Base hospital, one of the many facilities the comedian visited during a tour that also took him to Okinawa, the Philippines and Guam. Kaye, who entertained the troops during World War II and the wars in Korea and Vietnam, also served as a goodwill ambassador for the United Nations Children’s Fund, or UNICEF, from 1954 until his death in 1987.