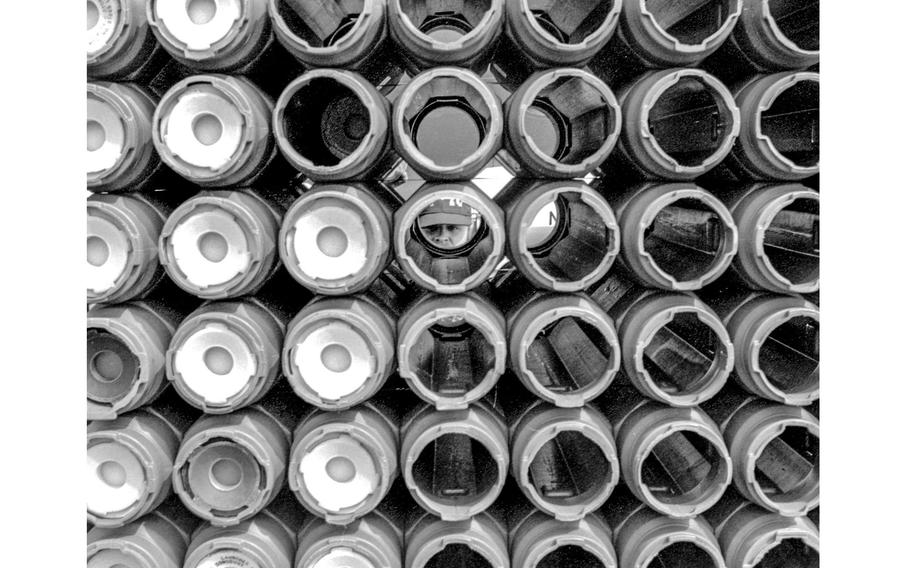 Misawa Air Base, Japan, 1977: A member of the crew at Misawa Air Base peers through an empty container that held a sonobuoy before the acoustic monitoring device was loaded onto a P3C Orion aircraft and later dropped into the sea.