Coming in for a landing in Germany, 1977 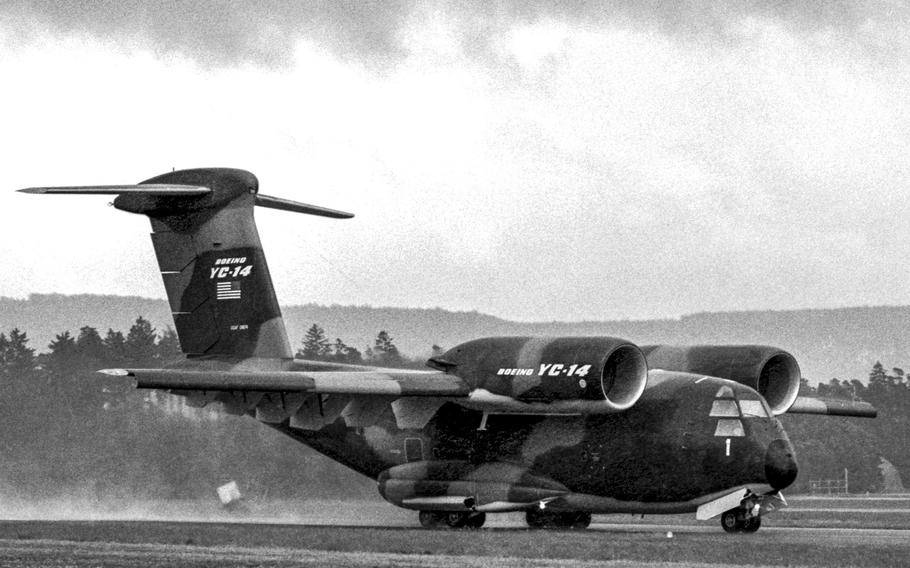 Heidelberg, Germany, June 8, 1977: Beneath stormy skies that might have been an omen for its program’s fate, a YC-14 AMST (Advanced Medium Short Takeoff and Landing Transport) prototype lands at the Heidelberg Army Airfield following a demonstration flight. The YC-14, Boeing’s possible successor to the C-130 Hercules transport, wowed spectators at Heidelberg by taking off in a run of less than 1,000 feet. It never went into full production, though.