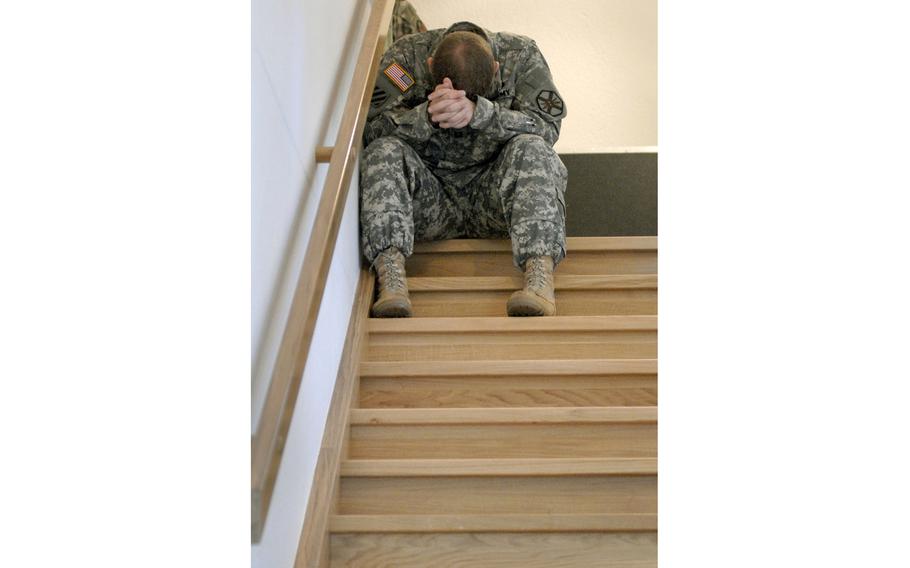 Baumholder, Germany, October 2006: A solder on a staircase at the back of the Good Samaritan Chapel reflects upon the loss of Staff Sgt. Jose Lanzarin and Pfc. Shane Austin during a memorial ceremony. Lanzarin and Austin were killed in action during combat patrols almost a week apart in the Ta’meem district of Ramadi, Iraq. Lanzarin was from the 2nd Battalion, 6th Infantry Regiment, and Austin was assigned to the 1st Battalion, 35th Armored Regiment.