Anniversary of a tragedy in Bosnia, 1998 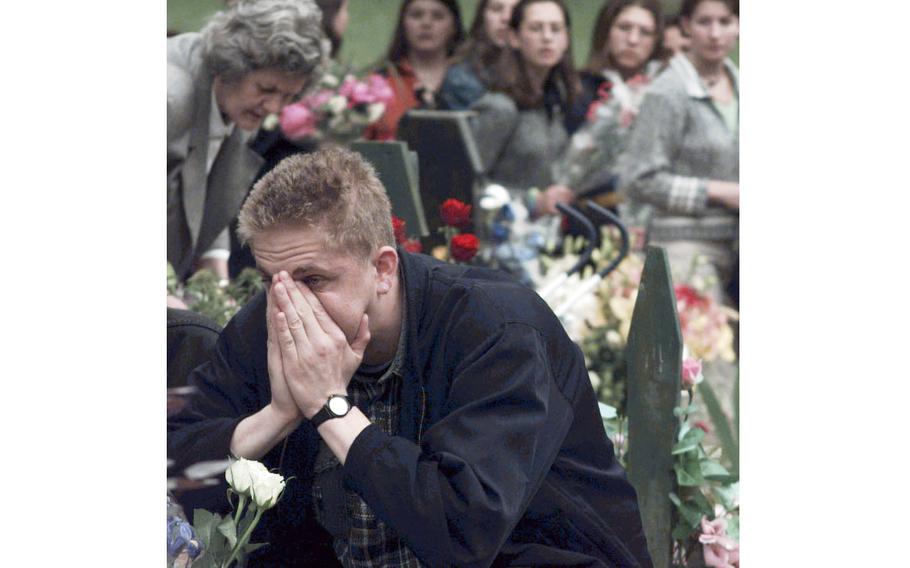 Tuzla, Bosnia and Herzegovina, May 1998: On the third anniversary of a shelling in downtown Tuzla that killed 71 people, mostly children, a man mourns his loved ones at the gravesite of most of the victims. In 2007, a Bosnian court convicted Novak Dukic — a local Serbian army commander at the time of the attack — of war crimes and sentenced him to 25 years in prison.