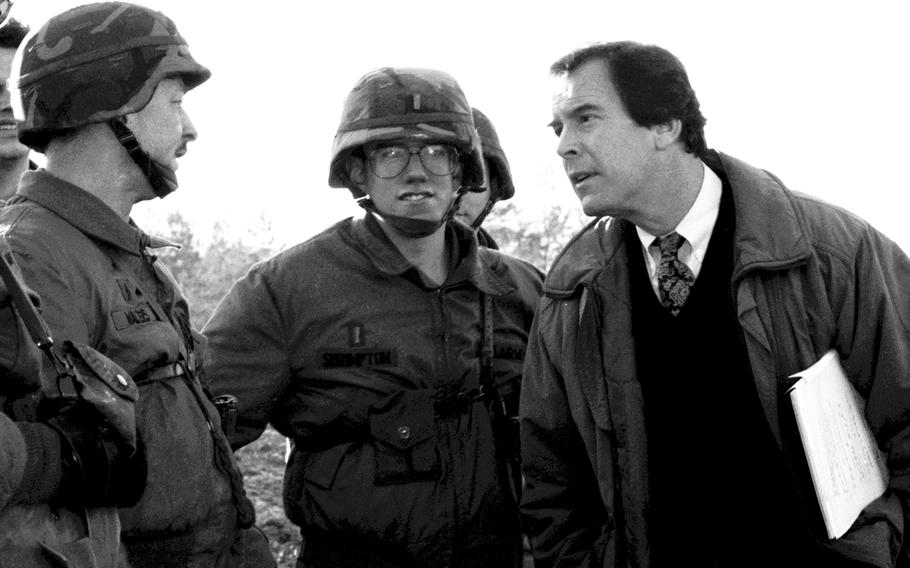 Friedberg, Germany, November 1989: Three weeks after the opening of the Berlin Wall, ABC News anchorman Peter Jennings talks with U.S. soldiers at a training area. Jennings observed maneuvers and asked the troops about the recent developments in Eastern Europe; later, he delivered his evening newscast from nearby Ray Barracks.