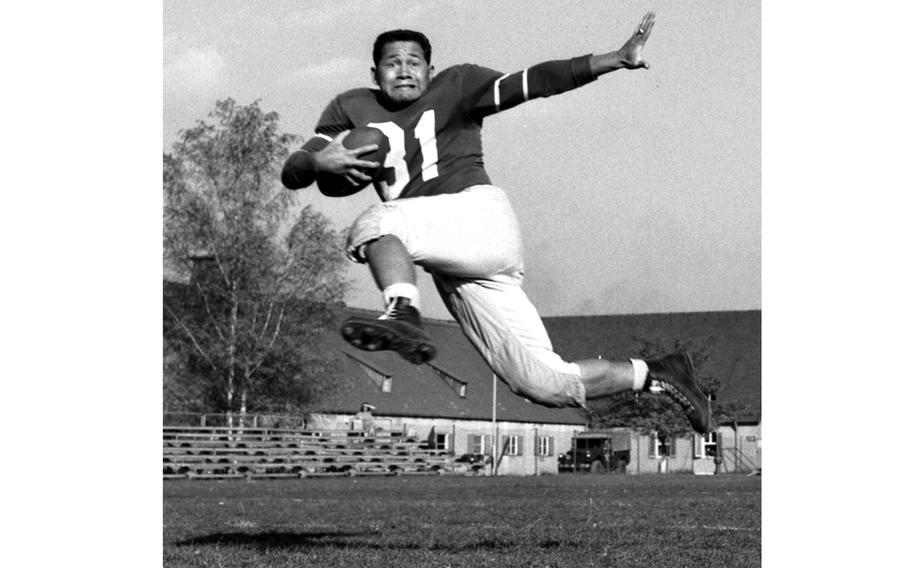 Augsburg, Germany, Oct. 20, 1956: As the 511th Airborne Regiment Falcons prepared for the quarterfinals of the eight-team USAREUR football playoffs, their top rushing threat, Al “Yogi” Ybarra, posed for a publicity photo. The Falcons were among the surprises of the 1956 season, with five wins and a tie in their first six games in a league that featured talent from some of the nation’s top collegiate programs. Service football in Europe in the the 1950s was intensely competitive, and it was fun for the fans, too; Lt. Milt Borman, the 511th’s public information officer, was known for such stunts as having the game ball parachuted onto the field.