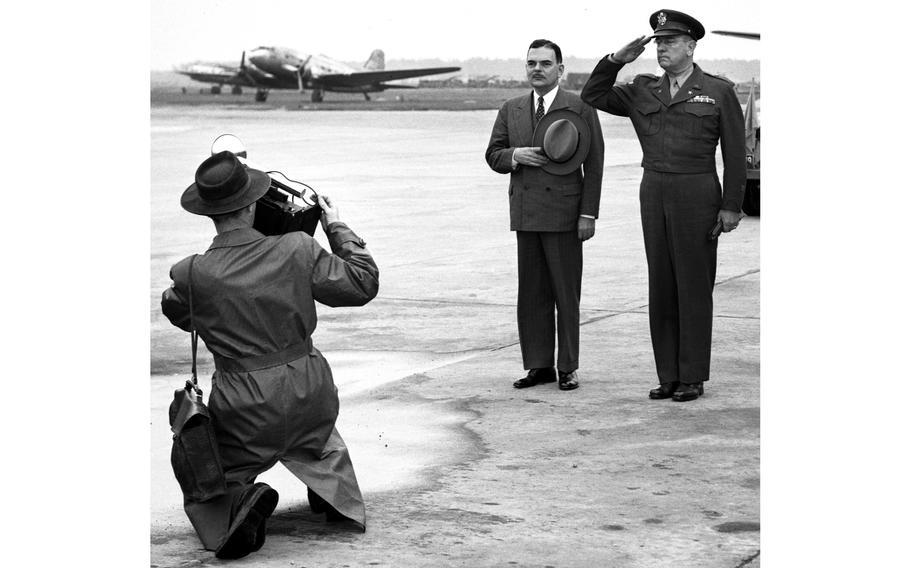 Frankfurt, Germany, May 1949: New York Gov. Thomas E. Dewey leaves the airport for a hotel during an overnight stopover on the way to Berlin. Dewey, the Republican nominee for president in 1944 and 1948, praised the Berlin airlift as “one of the great achievements of the century, commanding the unlimited admiration of the entire world.”