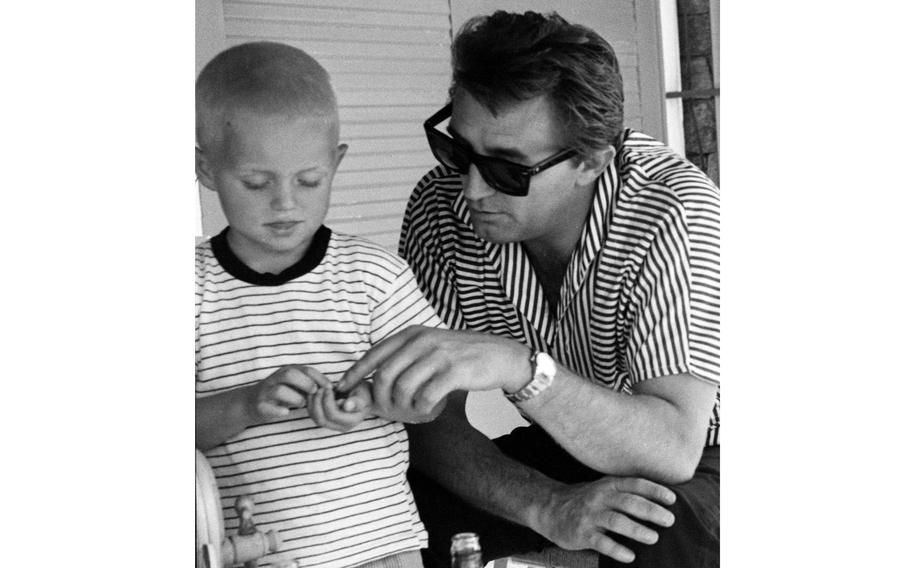 Athens, Greece, June 1958: 5-year-old Glenn Ross, son of Sgt. 1st Class Bill Ross from the finance section of the Joint US Military Advisory Group, talks with Robert Mitchum after asking for an autograph. The actor was in Athens to film “The Angry Hills,” a story about Greek resistance during World War II.