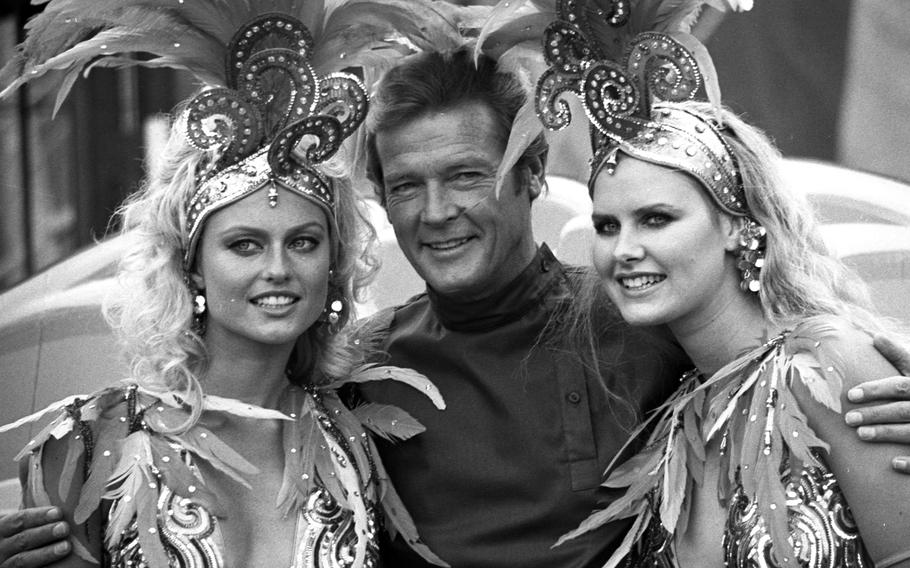 RAF Upper Heyford, England, August 1982: Roger Moore poses with two acrobats from a circus scene in the James Bond movie Octopussy, which was being filmed at RAF Upper Heyford (playing the part of a U.S. air base in Germany). In the film, Agent 007 (Moore) is forced to disarm an activated nuclear device after it’s smuggled onto the base in a circus train.