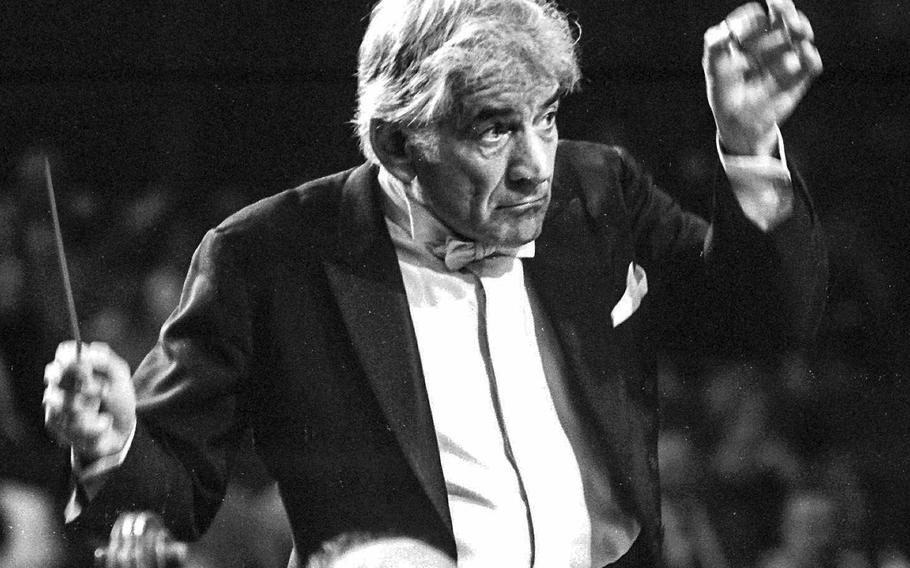 Frankfurt, West Germany, June 1976: Leonard Bernstein conducts the New York Philharmonic during the orchestra’s Bicentennial European tour. The concert at the Jahrhunderthalle, which was taped for German television, marked the halfway point in the tour.