Change of command in Saudi Arabia, 1990 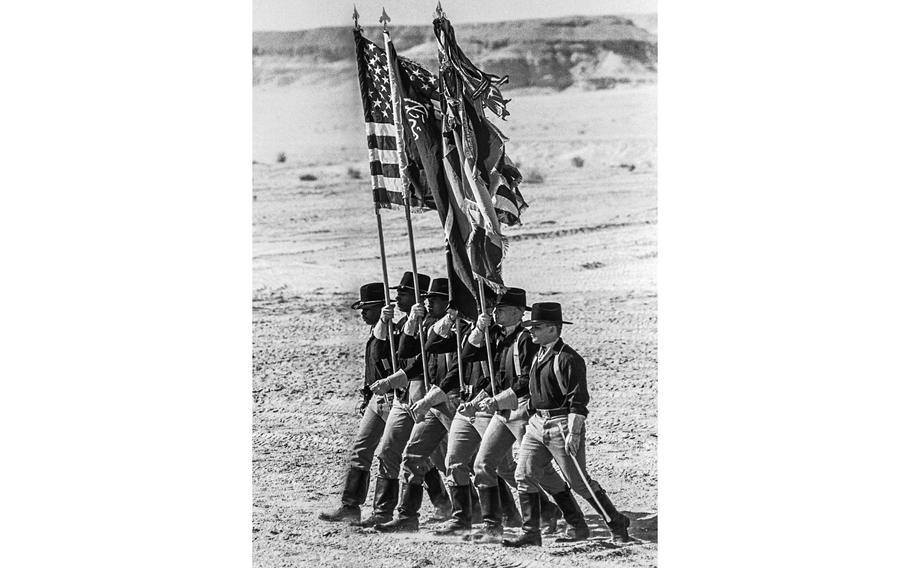 Saudi Arabian desert, October 1990: Members of the 1st Cavalry Division’s support command sported uniforms that were worn by the Army in a different desert and a different century — the Old West — as they presented the colors at a change-of-command ceremony. Col. Richard J. Fousek replaced Col. Harold E. Burch as commander of the Fort Hood, Texas-based troops, who were taking part in Operation Desert Shield.