Cycling down a Saigon street, 1970 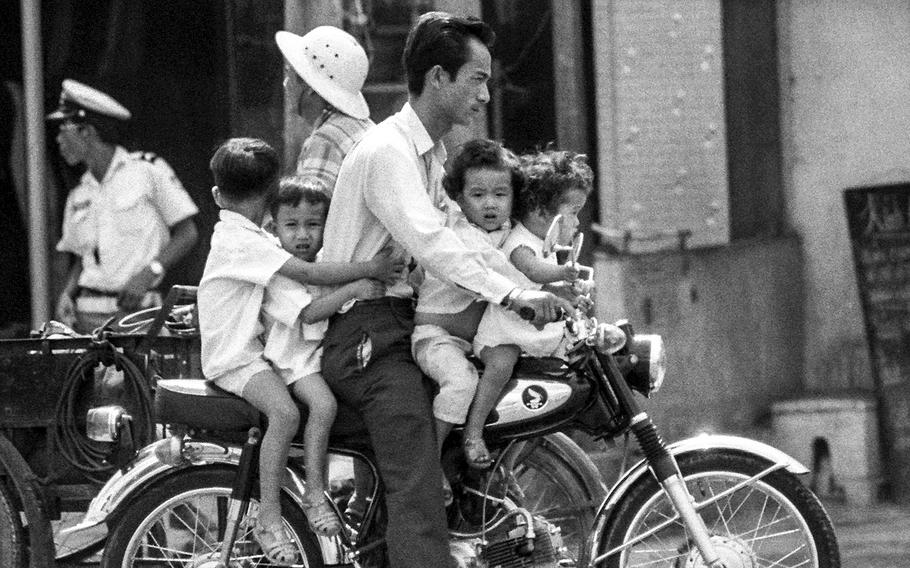 Saigon, South Vietnam, January 1970: Don’t try this at home, especially in front of a police officer. In 1970 Saigon, however, the sight of a father transporting four unhelmeted children on a motorcycle was hardly uncommon. Stripes photographer John Beard took to the streets in “an attempt to show Saigon traffic — the cyclos (a type of motorized rickshaw), motorscooters, Honda 50s, handcarts, pedicabs, the clouds of noxious fumes produced by the thousands of worn-out, two-cycle engines, the congestion ...”