Chiang Kai-shek on the USS Enterprise, 1966 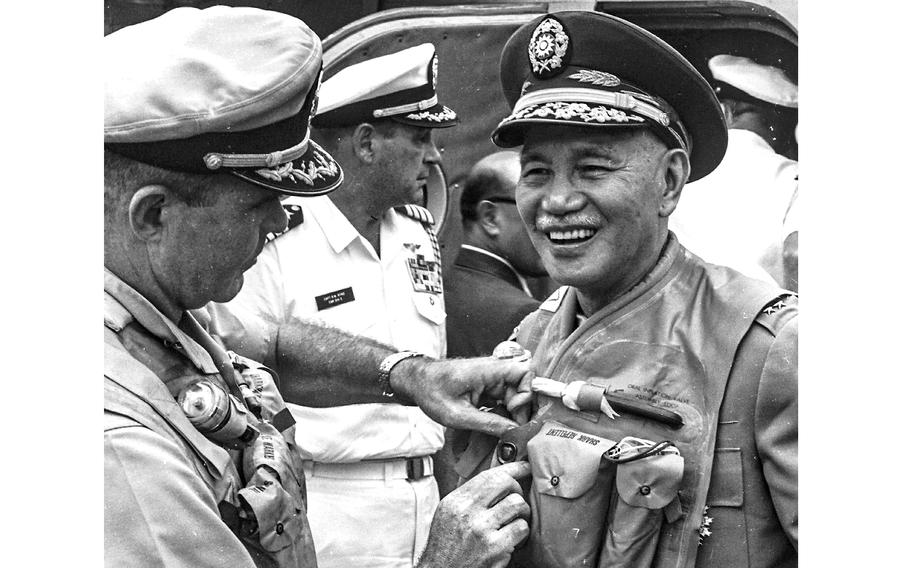 Off the coast of Taiwan, March 1966: Cmdr. David I. Draz adjusts the life jacket of President Chiang Kai-shek of the Republic of China as the generalissimo prepares to board an aircraft on the deck of the USS Enterprise. Chiang was finishing a four-hour visit to the nuclear-powered carrier, during which he watched a series of flybys and weapons demonstrations.