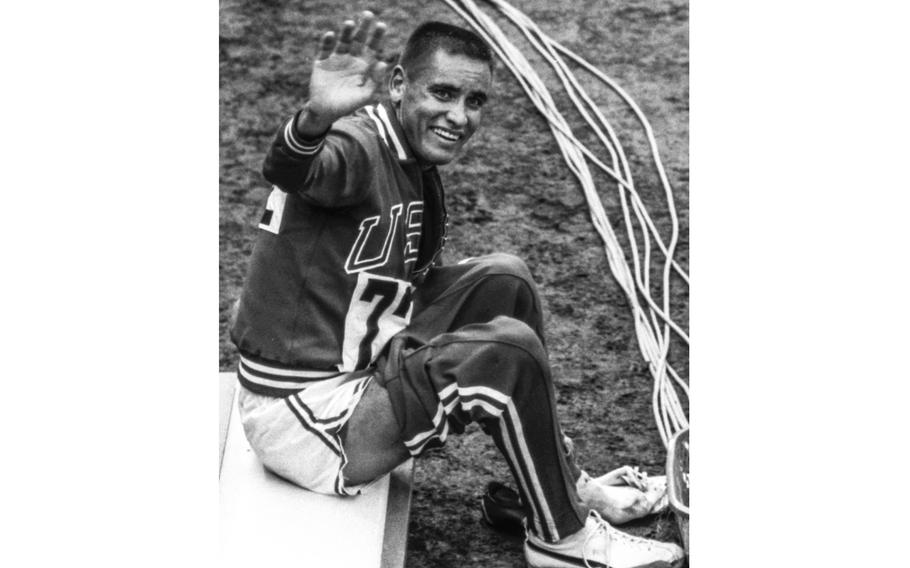 Tokyo, Japan, October, 1964: U.S. Marine Corps Lt. Billy Mills waves to photographers after what may have been the biggest upset of the 1964 Olympics, his record-setting triumph in the 10,000-meter race. Mills, an Oglala Lakota American Indian, grew up on the Pine Ridge reservation and attended the University of Kansas. He is now the national spokesperson for Running Strong for American Indian Youth, a wide-ranging charitable organization.