Taylor and McAuliffe in Germany, 1956 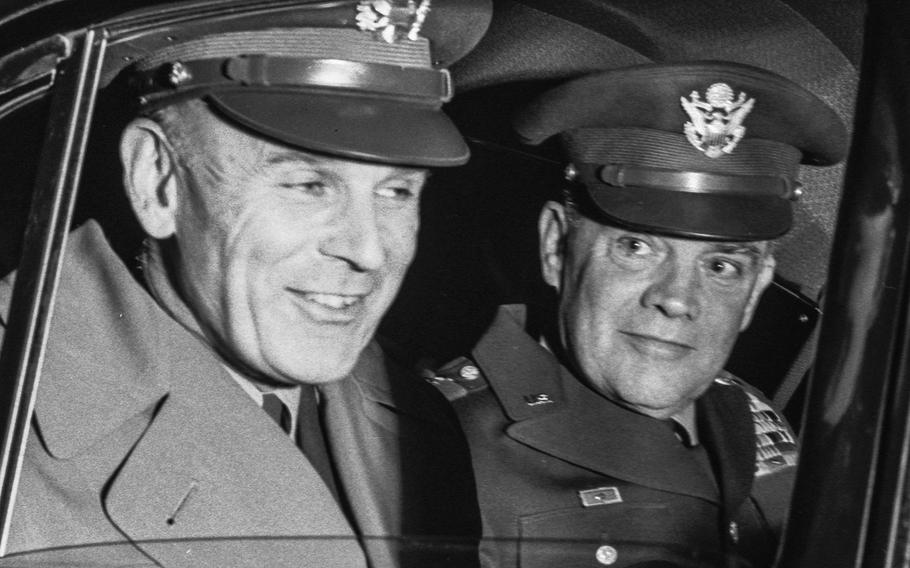 Frankfurt, Germany, April, 1956: Two of the legendary military figures of World War II are reunited at the Rhein-Main airport. Gen. Maxwell D. Taylor, Army chief of staff (left), was welcomed by Gen. Anthony C. McAuliffe, USAREUR commander-in-chief. Both men parachuted into Normandy in advance of the D-Day landing and guided the 101st Airborne Division toward Germany. McAuliffe is best remembered for his succinct reply to a German demand that he surrender during the Battle of the Bulge: “Nuts!” Taylor later served as chairman of the Joint Chiefs of Staff and ambassador to South Vietnam.