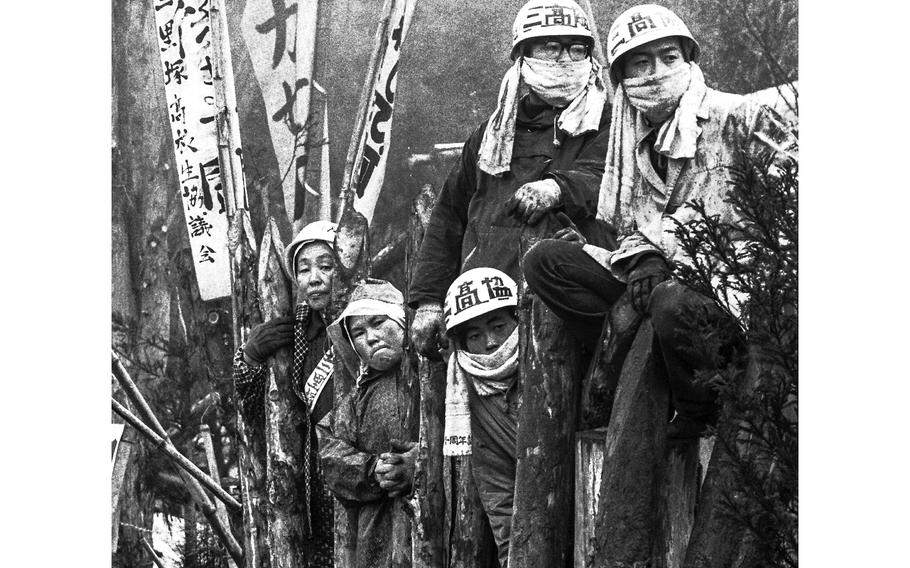 Narita, Japan, February 1971: Radical students peer out from a makeshift fort at the site of the new Tokyo International Airport. The protesters, most of them from the Revolutionary Marxist Students League (Chukaku), clashed with hundreds of national and prefectural police officers and airport corporation security guards for several days as they attempted to stall construction.