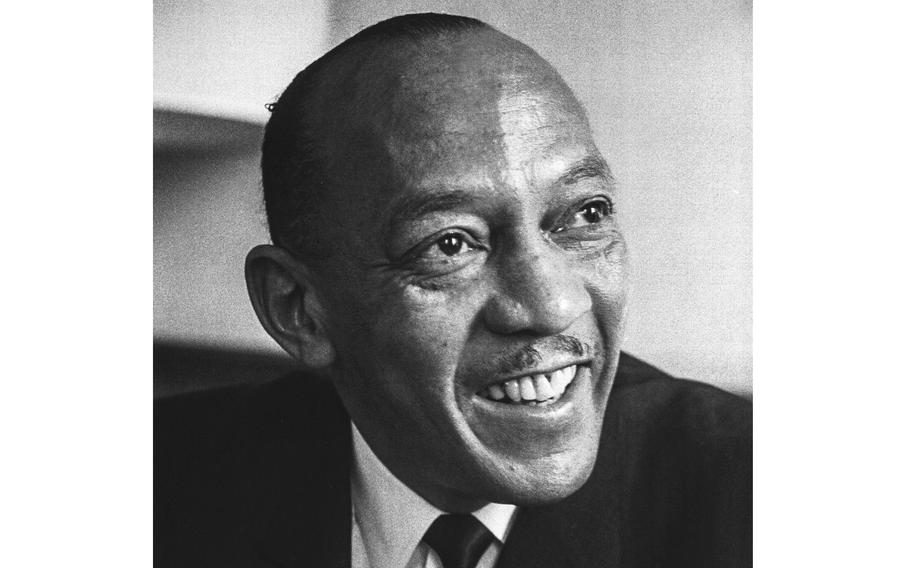 Frankfurt, West Germany, February, 1963: Jesse Owens is pictured during during an interview with Stars and Stripes. A previous visit to Germany, in 1936, was a high point in the career of the track and field legend, who publicly shredded Adolf Hitler’s claims of Aryan superiority by breaking two world records, tying another and teaming up for a gold in the 400-meter relay at the Berlin Olympics.