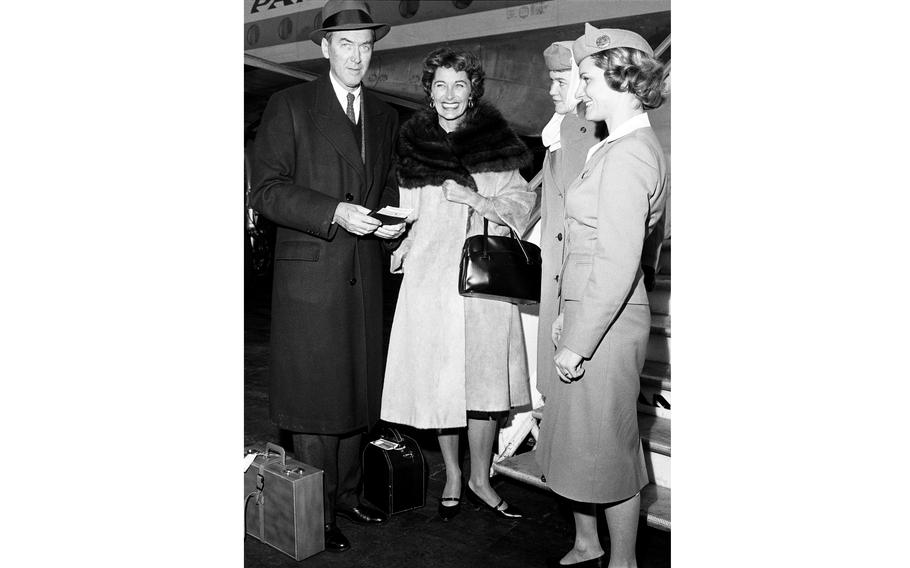 Frankfurt, Germany, February, 1959: Actor Jimmy Stewart and his wife, Gloria, stop at the Rhein-Main airport on their way to Berlin. With the Stewarts — who were returning from a tiger-hunting expedition in India — are flight attendants Ingeborg Dehm, right, and Christa Keller. Stewart flew 20 combat missions over Europe as a member of the Army Air Corps during World War II, and in the postwar years rose to the rank of brigadier general in the Air Force Reserve.