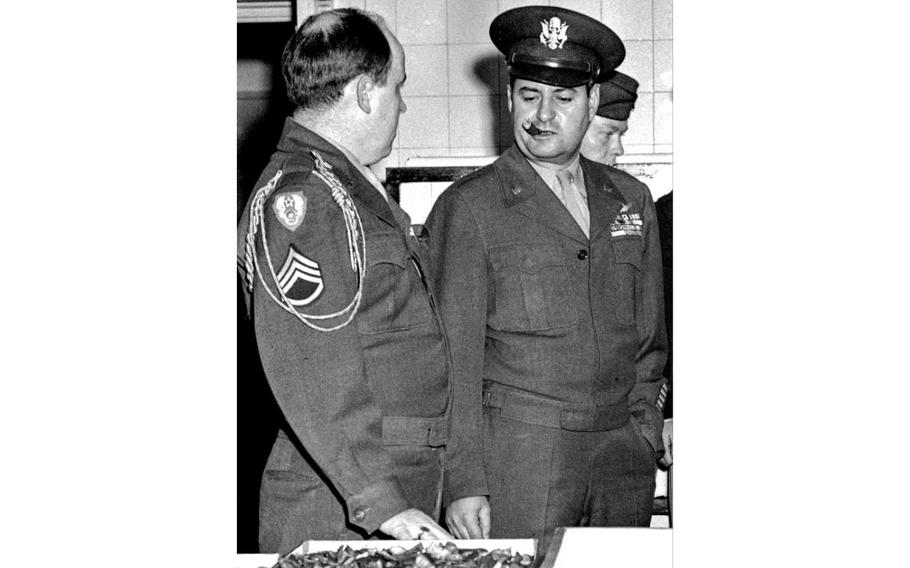 Germany, October 1947: Lt. Gen. Curtis E. LeMay, the new USAFE commander, takes a glance at the day’s offerings at a mess hall during an informal eight-hour tour of bases in Berlin and Bremen. LeMay would be tested in the year ahead by the Soviet blockade of Berlin, but under his leadership the famed airlift kept the beleaguered city supplied.