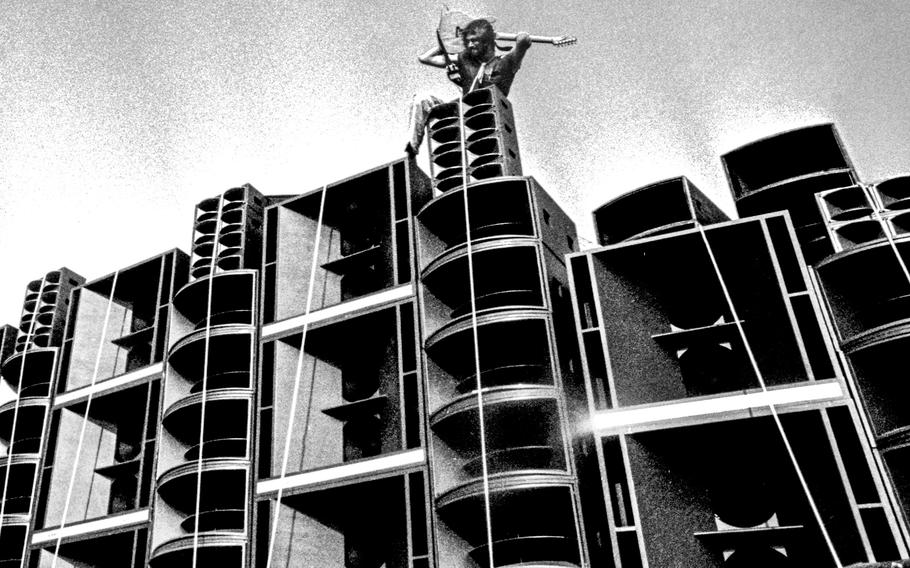 Enoshima, Japan, August, 1979: Guitarist Roger Fisher of Heart stands atop a huge bank of speakers as he plays for a crowd of 60,000 people — including about 1,000 American service members — during the group’s encore in the Japan Jam at Enoshima Beach.