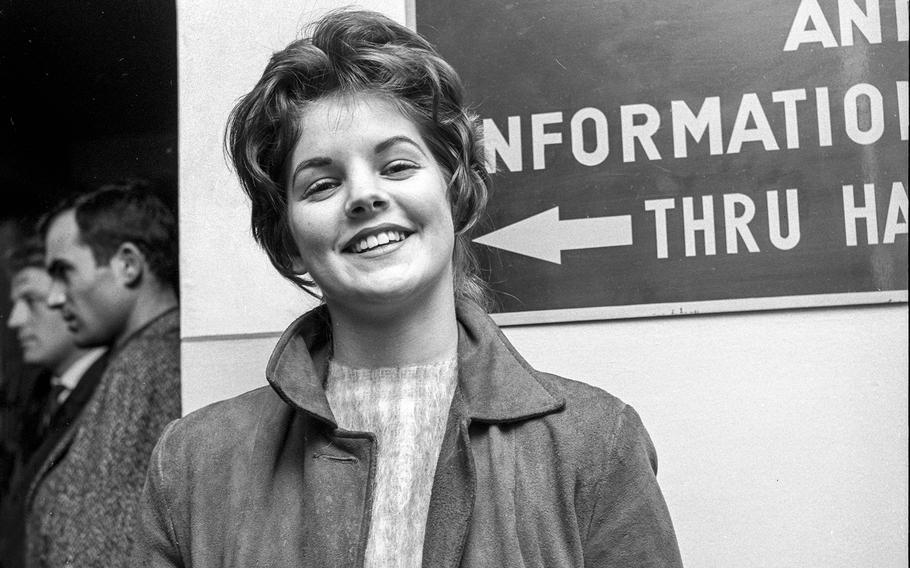 Germany, March 1960: Among those turning out to bid farewell to Sgt. Elvis Presley as he left for the U.S. upon completion of his overseas tour of duty was 14-year-old Priscilla Beaulieu, the stepdaughter of an Air Force officer stationed at Wiesbaden. Seven years later, she and Presley would be married in Las Vegas.