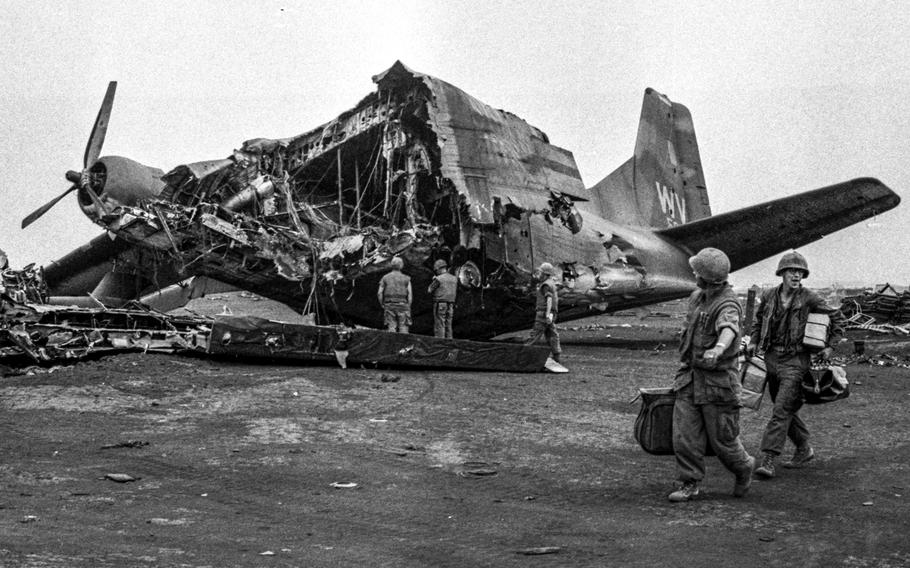 Khe Sanh, South Vietnam, March 1968: Two U.S. Marines on their way to a helicopter as they complete their tour of duty at besieged Khe Sanh walk past the wreckage of an Air Force transport plane on the side of the airstrip. It was estimated that 30,000 communist troops were massed around the base at the height of the enemy offensive.