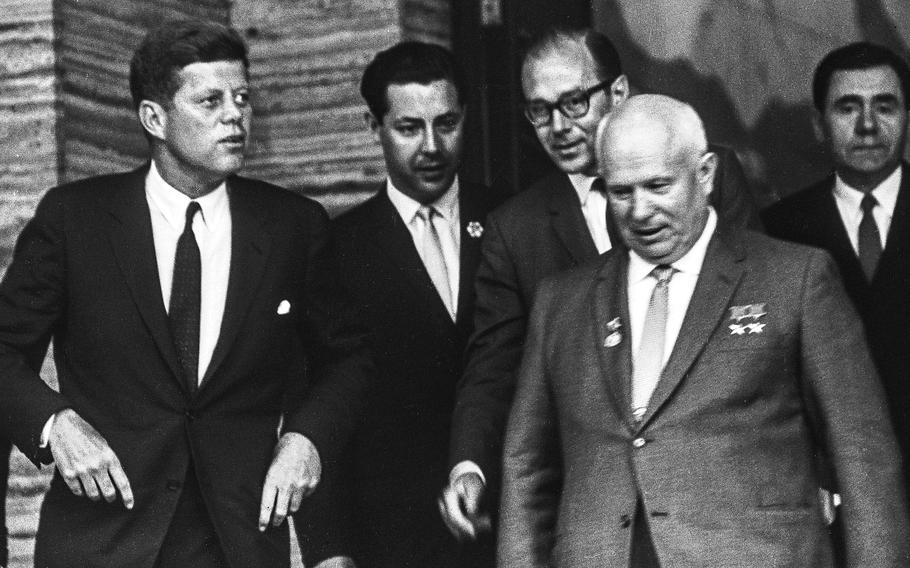 Vienna, Austria, June 1961: President John F. Kennedy and Soviet Premier Nikita Khrushchev pose for photos as they leave a summit meeting at the U.S. Embassy. Behind Khrushchev, at right, is Minister of Foreign Affairs Andrei Gromyko. The tense situation in Berlin was among the topics discussed by the two leaders.