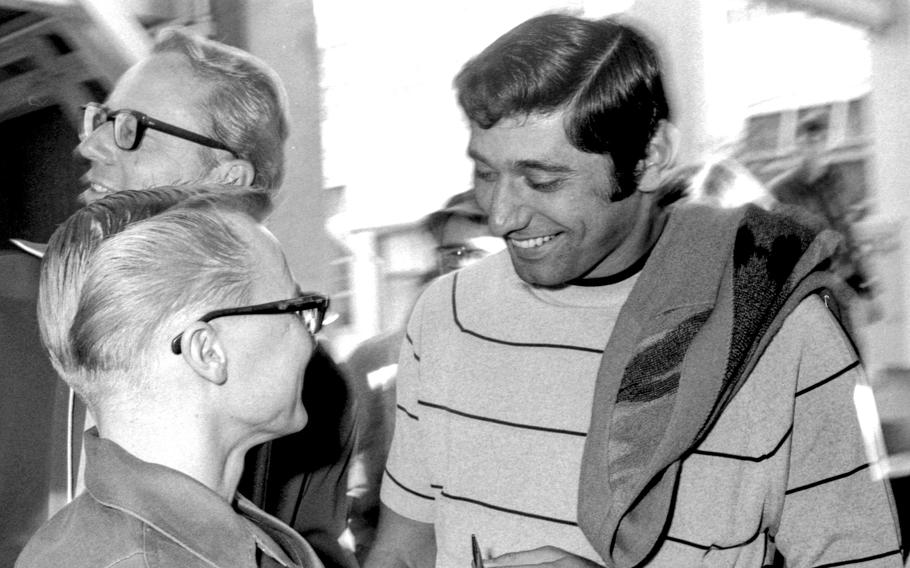 Camp Oji, Japan, Jan. 27, 1969: New York Jets quarterback Joe Namath, having recently led his team to an upset win over the Baltimore Colts in Super Bowl III, visits not a theme park but the U.S. Army Hospital at Camp Oji. Namath and other NFL players were on a USO tour of bases in Japan, Okinawa, the Philippines and Hawaii.