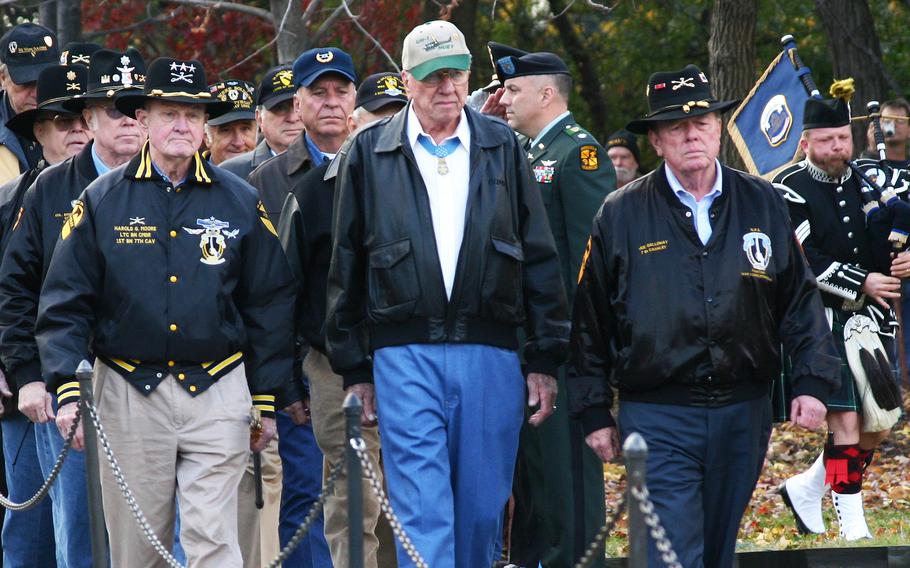 Vietnam Veterans Memorial, Washington, D.C., 2005: Joe Galloway, right, Medal of Honor recipient Ed Freeman, center, and retired Lt. Gen. Hal Moore lead a group of Ia Drang battle veterans into a ceremony at the Vietnam Veterans Memorial in Washington, D.C., in 2005. Galloway, whose reporting took him from the jungles of Vietnam to the halls of the Kremlin and the deserts of Iraq, was 79 when he died Aug. 18, 2021, at a hospital in Concord, North Carolina. He co-wrote the book “We Were Soldiers Once ... and Young” (1992) with retired Lt. Gen. Harold Moore, the U.S. battalion commander at Ia Drang.