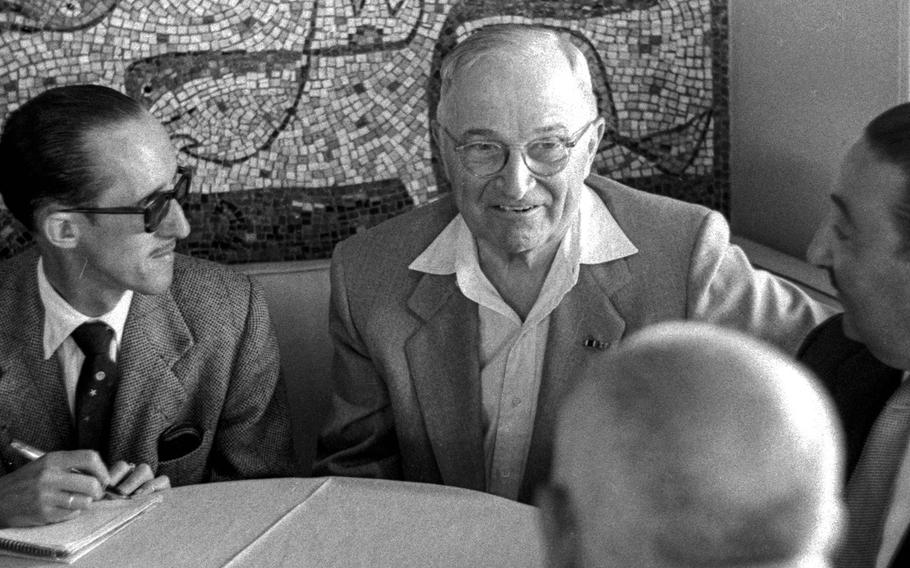 Algeciras, Spain, June 3, 1958: Former President Harry Truman holds court aboard the liner Independence during a brief stop at Algeciras. Truman and his wife, Bess, were in Europe for what the 33rd president hoped would be “a long and pleasant rest.”