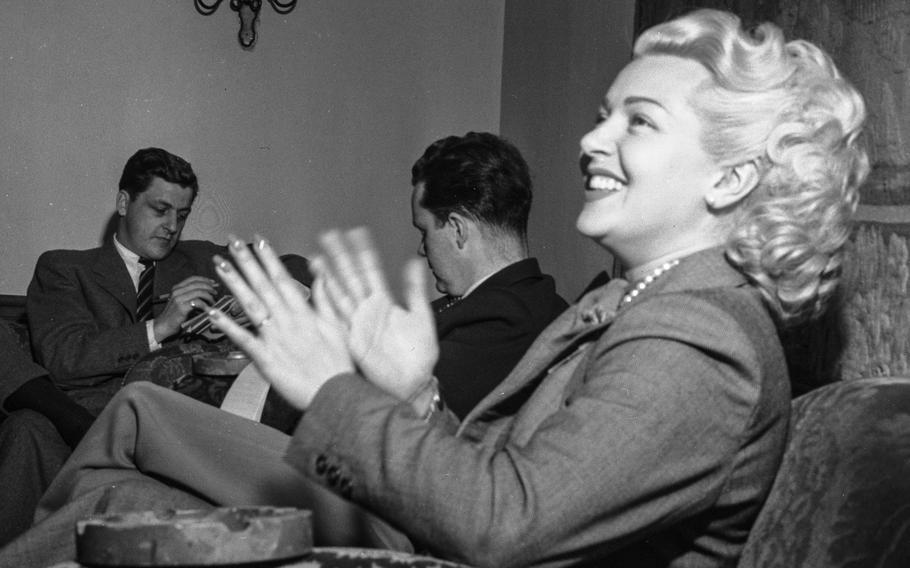 Frankfurt, Germany, June 19, 1948: Actress Lana Turner relaxes after arriving by train from Paris for a 10-day tour of military bases in the U.S. zone and Berlin. Turner talked about her recent run-ins with the press in London: “The British have the worst press I’ve ever seen,” she said. Turner was one of the top pinup subjects for World War II soldiers.