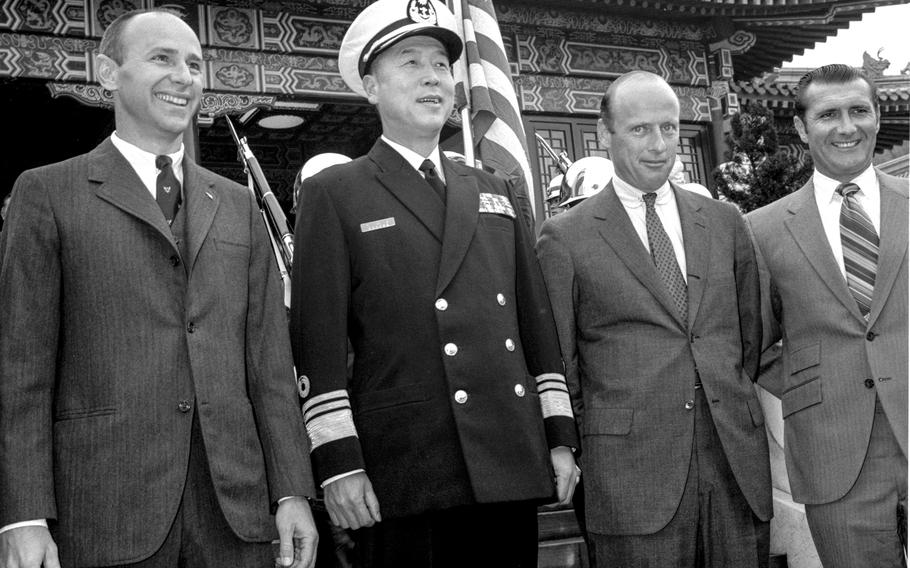 Taipei, Taiwan, March 21, 1970: Apollo 12 astronauts (from left) Alan Bean, Charles “Pete” Conrad and Richard Gordon pose with Vice Admiral Yu Po-sheng, vice chief of the Taiwanese General Staff, during a visit to the Martyrs’ Shrine on the 19th stop of the crew’s 20-nation goodwill tour. The Apollo 12 mission got off to a scary start with a lightning strike at launch, but Conrad and Bean became the third and fourth men to walk on the moon.