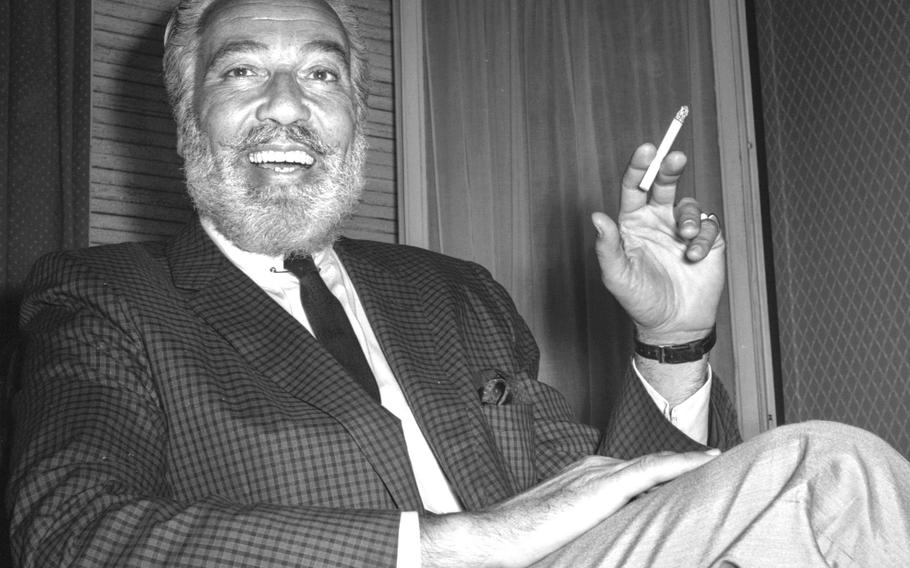 Madrid, Spain, May 1962: Actor Cesar Romero — sporting a beard for his upcoming movie “Valley of the Swords” with Broderick Crawford, Frankie Avalon and Linda Darnell — relaxes during an interview. Romero’s film credits include the original “Ocean’s Eleven” and “Donovan’s Reef,” but many TV fans remember him as The Joker in the Batman series.