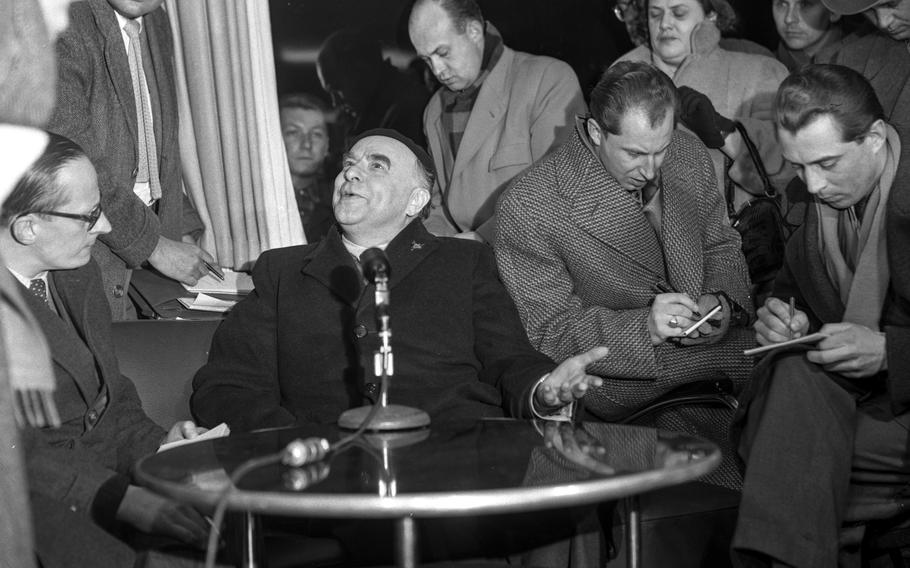 Frankfurt, Germany, March 18, 1955: Otto Strasser, a 1920s Nazi colleague of Adolf Hitler, talks to reporters at the Frankfurt airport upon his return from an exile that began in 1933 when he broke with Hitler. Strasser, who had been living in Nova Scotia under an assumed name, said he planned to return to politics on a platform backing a reunified, neutral Germany.