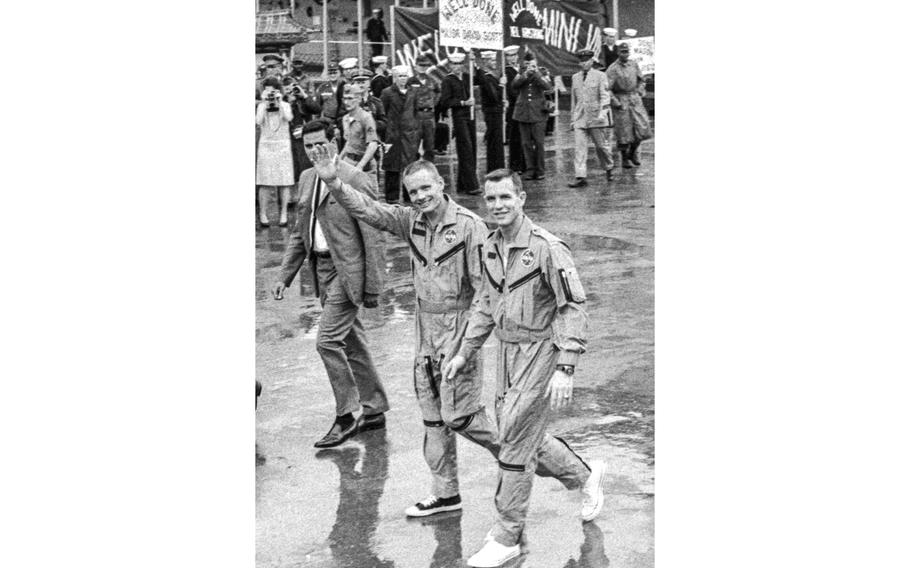 Naha Port, Okinawa, March 18, 1966: Two astronauts whose brush with disaster in outer space captured the world’s attention a few hours earlier are all smiles as they leave the destroyer Leonard Mason following their recovery from the ocean. Neil Armstrong, left, and David Scott were forced to make an emergency landing when their Gemini 8 capsule began spinning out of control after docking with the Agena target vehicle. Their skillful handling of the situation didn’t go unnoticed when NASA was picking crews for Apollo missions a few years later: Armstrong became the first man to walk on the moon, and Scott was the seventh visitor to the lunar surface.