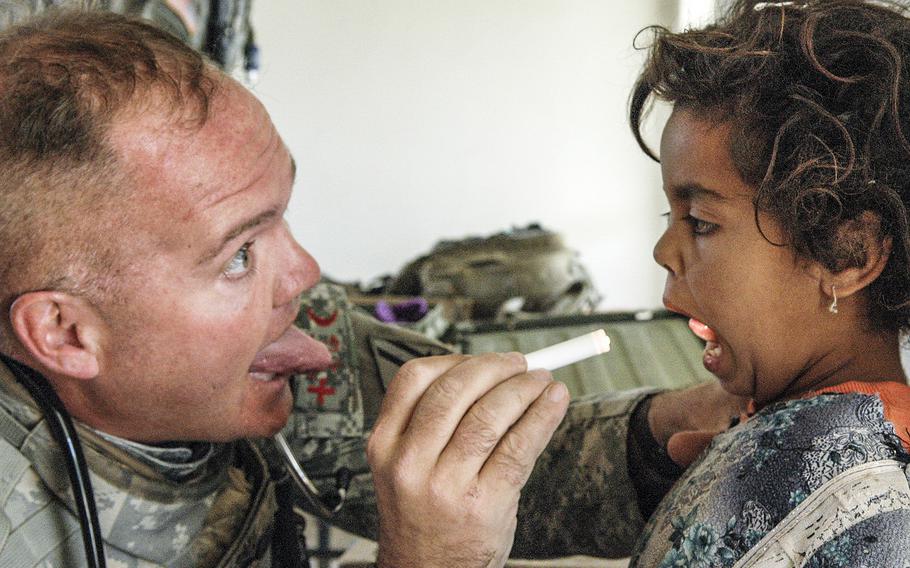 Camp Scania, Iraq, March 2008: Medic Todd Cole asks an Iraqi girl to stick her tongue out for a medical exam during a civil affairs health mission near Camp Scania. After fighting frequent attacks near Baghad, members of the 48th Brigade Combat team are focusing on convoy support and civil affairs projects in southern Iraq.