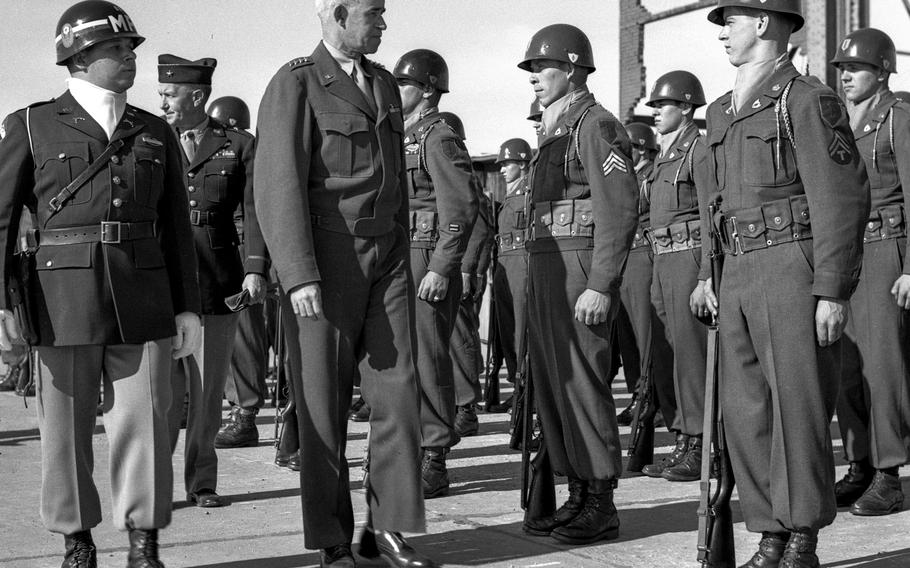 Frankfurt, Germany, September, 1947: Gen. Omar N. Bradley, left, head of the Veterans Administration, reviews the troops at Rhein-Main Air Base. Bradley’s whirlwind tour of the country whose World War II defeat he helped bring about (through his leadership of the Normandy invasion three years earlier) took him from the Frankfurt area to southern Bavaria.