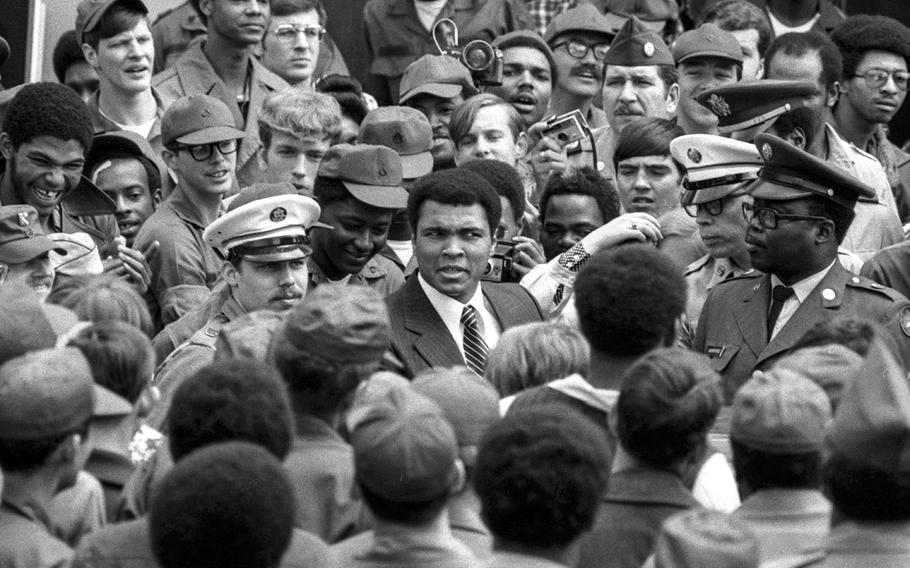 Augsburg, West Germany, May, 1976: Muhammad Ali works his way through a crowd of admirers at Sheridan Barracks in Augsburg. The heavyweight boxing champ spent 10 hours at the base, but he had already made plenty of friends among the military community in Germany a few days earlier by buying 2,000 top-priced tickets to his fight at Munich against Richard Dunn (which he won) for U.S. service members.