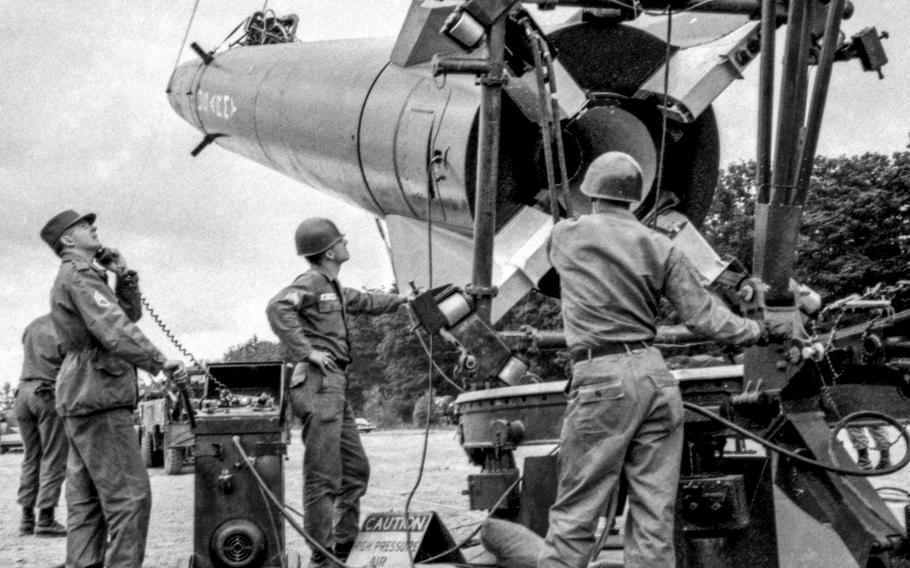 Stuttgart, Germany, July, 1962: A 7th Army crew lifts a Redstone missile into firing position during an exercise at Panzer Kaserne in Stuttgart. The 70-foot rocket — added to the USAREUR arsenal in 1958 — had a range of up to 200 miles, and was noted for its accuracy and dependability. A version of the Redstone was used to propel America’s first two astronauts, Alan Shepard and Gus Grissom, on their Mercury sub-orbital flights in 1961.