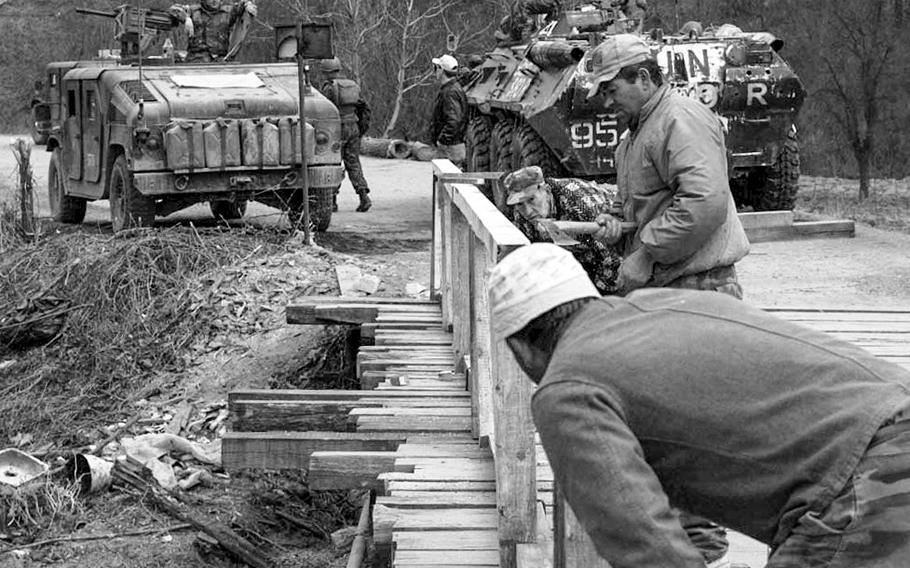 Bosnia and Herzegovina, March 1997: Local workers put the finishing touches on the bridge between Celic and Gajevi as Russian and American soldiers stand guard. The U.S. Army’s 65th MP Company had been on patrol for more than two weeks amid continued violence against Muslim resettlers in the area.