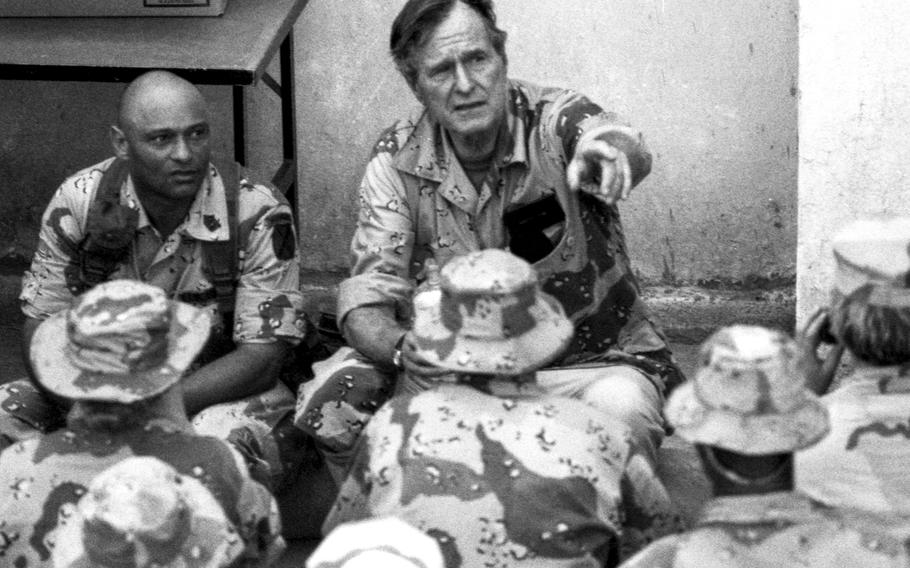 Beli Dogle, Somalia, January 1993: President George H.W. Bush takes a question from one of the more than 100 U.S. soldiers and Marines who gathered to meet him at an air base in central Somalia. Bush, who stopped in the African nation on his way to a summit meeting with Boris Yeltsin in Russia, shared a meal of MRE field rations with the troops.