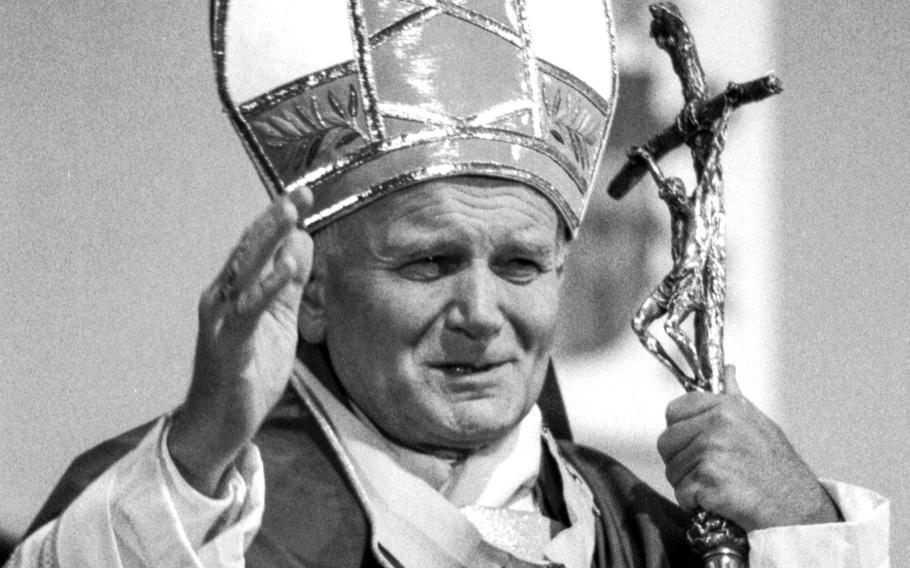 Mainz, West Germany, November 1980: Pope John Paul II hails the crowd of more than 200,000 people — an estimated 6,000 of them Americans — during a Mass in windy, rainy weather at the U.S. Army’s Mainz-Finthen airfield. The pontiff was on a five-day, seven-city visit to West Germany.