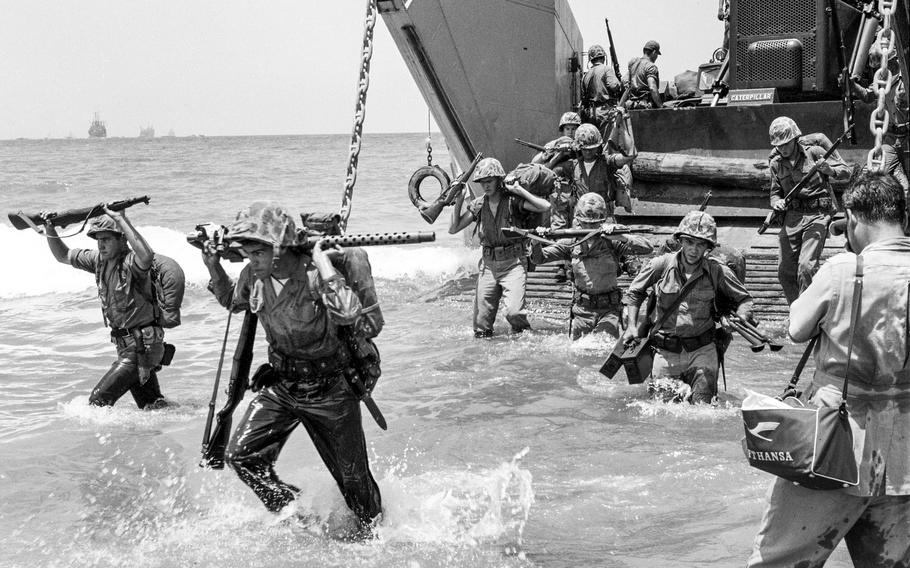 Lebanon, July, 1958: U.S. Marines land on a beach near Beirut during the American effort to back the beleaguered pro-Western Lebanese government of President Camille Chamoun. Although the landing force was prepared for rebel resistance, they were greeted by press photographers and curious local residents.