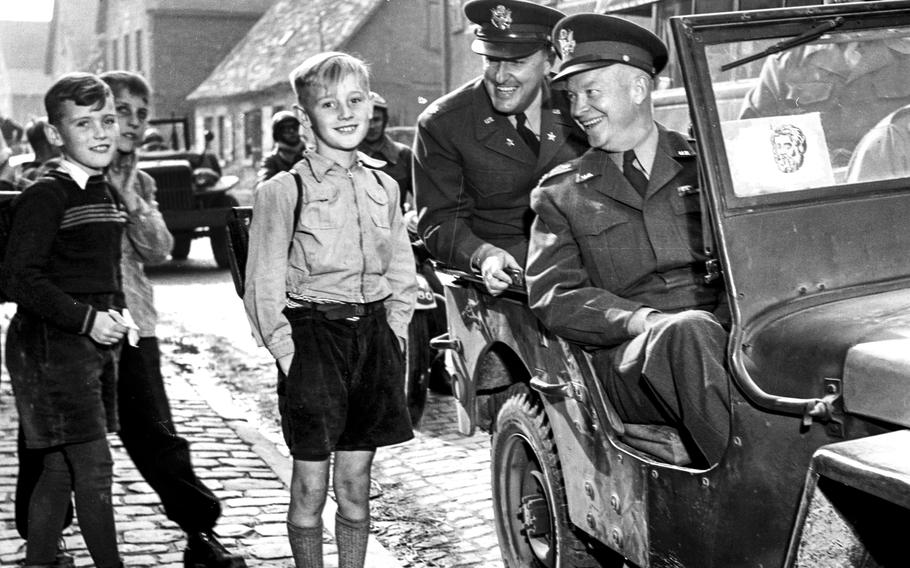 Dornheim, Germany, September 29, 1951: Gen Dwight D. Eisenhower gives a friendly smile to three German youngsters who were watching as the SHAPE commander’s Jeep drove past their elementary school. Eisenhower was inspecting French troops taking part in Operation Jupiter, an exercise in which an allied force of 150,000 men and 30,000 vehicles crossed the Rhine River. In the back seat is Lt. Col. (later Lt. Gen.) Vernon Walters, Eisenhower’s translator, who would go on to become U.S. Ambassador to the U.N. and West Germany and deputy director and acting director of the CIA, among many other accomplishments.